Helen Jenkins is back in the hunt 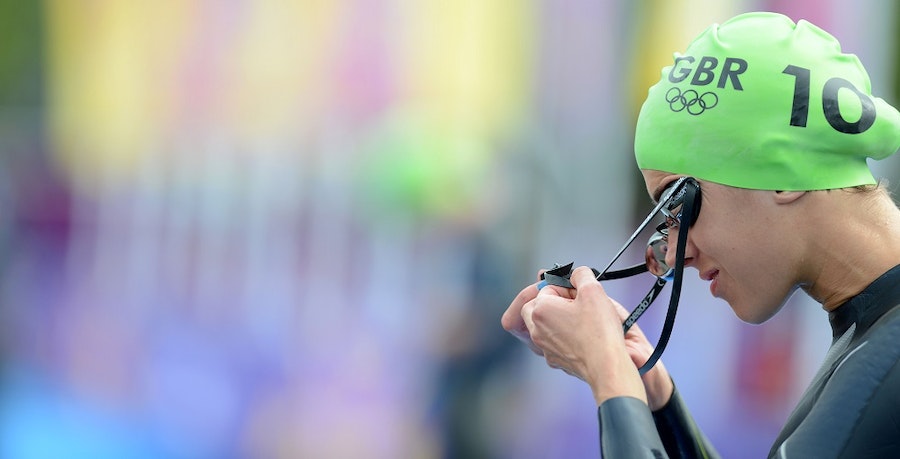 Helen Jenkins is one unstoppable Brit. She has won a World Championship title both in a single day and over the course of the season. She’s a two-time Olympian who finished higher than any British female in history with fifth in London. She’s an eight-time World Triathlon Series medallist and she’s back. While an injury took her out in the post-Olympic year, read on to find out how Jenkins is ready to jump back into action.

It’s been quite a tough year for you with injuries. At what point did you know you wouldn’t be able to compete?
I thought I would be able to race in 2013. I started back training in January but the pain in my knee just wouldn’t go away. I was lucky because I got a few different opinions and we picked correctly with the back surgery, but after I had that in June, I knew I had to concentrate on my rehab and forget about racing.

How was your injury identified and rehabilitated?
All the pain was in my knee but every scan I had showed nothing wrong, so I was potentially going to have exploratory surgery of the knee, but I also had some scans on my back which showed a tiny bulge in a disc. I had a small back procedure and the pain in my knee gradually diminished. I have done a lot of rehab work in the gym building up my body to start working correctly again and built up training really gradually.

How do you mentally push through a physical injury?
I’ve got a very supportive husband! And my family have all been great. Actually, a big thing for me was the response from my sponsors. When we told them that I wouldn’t be racing, every single one stood by me and was unwavering in their support (Asics, Jones Lang LaSalle, Giant, SiS and Oakley). That is a big boost when you are going through a tough time. It’s also good to look forward and remember why you are doing all the rehab and it’s because ultimately I wanted to get through it and race again.

How is your training going now?
It’s going well. I’m really enjoying it and am pain free. I trained with a few of the British squad in Fuerteventura before Christmas, had a few weeks at home and then headed back Spain to get another couple of weeks in with them again. I’m just about up to full volume and everything is heading in the right direction.

Do you think your time off has given you a different perspective on competing?
I don’t know. What I do know is that I missed it and I won’t ever take it for granted.

What, if any, races have you planned for 2014?
I’m going to head out to New Zealand in early March and race New Plymouth and Auckland WTS. We haven’t planned anything specific beyond that right now but I want to race at Commonwealths and be back on the WTS circuit.

What are you most looking forward to about the coming season?
That’s an easy one, being back on the start line!

The landscape of the WTS races changed quite a bit with some younger ladies stepping up this year. How do you think next year will be different from previous years?
It’s been really good to see some of the younger British girls do so well last year. The year after the Olympics is always a strange one as a lot of athletes who did the Games change direction for a year or so, it will be interesting to see what happens when the Olympic qualification period starts again and the races become full fields again.

The Brits will be even stronger next year with you back. What are the chances you guys are going to let another nation onto the podium next year?
It’s really positive that the British girls are so strong. The British men have been stronger over the last few years so its good to see the girls are stepping up. I am just glad to be back racing, I’m not thinking about overall results, after the last 18 months it will be a relief just to be on the start line!

When you’re not training, how do you like to spend your time?
Walking my dog Barney and spending time with family and friends. I’m also learning to surf.

What are your goals for the future?
Obviously to stay healthy and fit. I want to carry on enjoying triathlon and I want to be competitive in races. The WTS, Commonwealths and Rio are all on the radar.