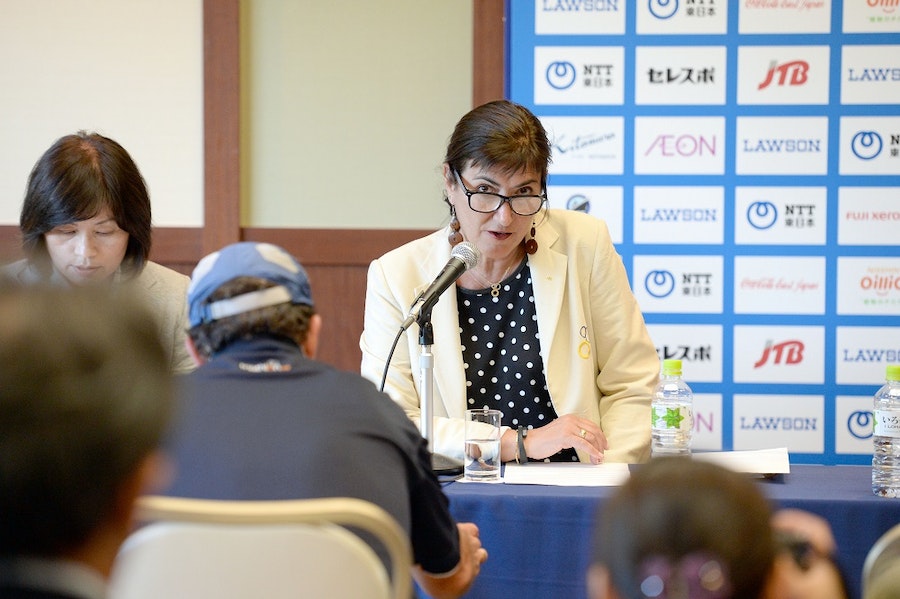 Over the weekend, Marisol Casado, ITU President and IOC Member, set out her vision for the organisation, highlighting the desire for Triathlon Mixed Relay to be added to the Olympic Sports Programme, while also celebrating the development, growth and innovation of other triathlon disciplines, including Paratriathlon. Casado, speaking at a press conference following a World Triathlon Series event in Yokohama, Japan, also praised the Japanese Triathlon Union and the local organising committee for hosting a highly successful, multi-discipline event that saw elite athletes compete in both Triathlon and Paratriathlon.

“Yokohama has played an important role in the history and the positive development of the World Triathlon Series. Since the first race here in 2009, the local organising committee and the Japanese Triathlon Union have put on a phenomenal race and the Japanese people are amongst the most enthusiastic and welcoming in the world. This all bodes well for our sport coming to Japan for Tokyo 2020.

“We also enjoyed one of the most competitive Paratriathlon events of the year with athletes coming from around the world to compete here. ITU is leading the way to advance the new classification system to ensure we can offer the best competitive race environment and enable athletes and watching fans to celebrate great athletic achievements. “The ITU is also extremely proud that Paratriathlon will make its debut at the Rio 2016 Paralympic Games, offering an inclusive global opportunity for athletes to perform at elite level in a modern and dynamic sport. I believe on this evidence that Paratriathlon has the potential to become one of the fastest growing sports in the Paralympic Movement.”

Casado also expressed her confidence in preparations for Rio 2016:

“We are excited about showcasing triathlon at the beautiful, iconic location of Copacabana Beach. This will be the perfect setting for elite triathlon and we know our sport will play a big part in making the Games truly spectacular.”

On the future, Casado said:

“Looking ahead, the ITU remains committed and passionate about seeing Triathlon Mixed Relay added to the Olympic Sports Programme and we are keen to promote it in the context of Agenda 2020 and President Bach’s desire for positive change. With unpredictable drama and the display of team pride, the format appeals tremendously to youth. If added to the Olympic Programme, the Mixed Relay discipline has the ability to showcase triathlon to a new generation, while also bringing a new youthful audience to the Olympic Games.”