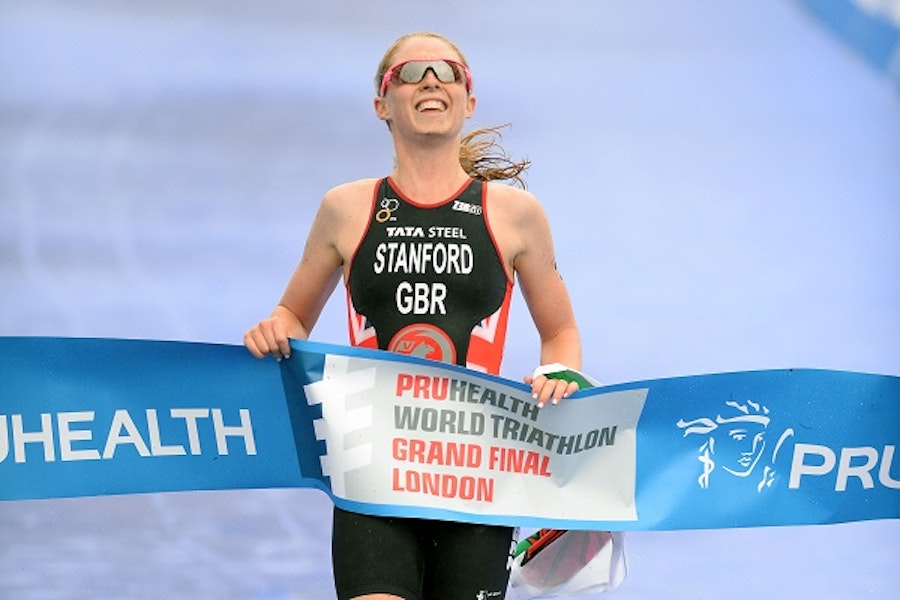 Last season, Non Stanford became the only female to follow up an Under23 World Championship gold medal with an elite title the very next year. But the 25-year old won’t rest her laurels on that accomplishment. This year she’s on to bigger and better things, including setting her sights on the Commonwealth Games and the road to Rio.

You are a part of the now famous Leeds training group. What’s it like to train with such talented athletes?
It’s great fun. It was definitely a turning point in my career, moving to Leeds. Seeing how Al and Jon training and learning what it actually takes over the last two years, I definitely credit Leeds for a lot of my success.

It looks like you guys have a good bit of fun, especially amongst the ladies, in that group. How important is it to have strong relationships with your training partners?
It’s really important because these are the people you spend a lot amount of time with, a vast majority of the day with them. I’m a firm believe that the happier the athlete is, the more successful the athlete. It’s really important the environment is right for you.

When you all are not training, what can you be found doing?
We do spend the vast majority of our time training, but we try really hard to have some time away from triathlon. We go out for food together and we recently had our birthdays so that was quite fun.

Next year it looks like a few of the top ladies will be returning to the WTS circuit. How do you think that will change the style of racing next year?
It’s definitely going change the dynamics. There will be a few of the faster swimmers back. Helen will be back and Lucy Hall is going to be racing the World Series this year. I think that is going to change it, I think a lot of the races are going to be decided on the swim and bike. I’m really working on making sure I’m not missing out on that front pack.

What are you focusing on now in the off season? Trying anything new in your training?
Swimming is definitely a focus this winter. Fortunately, it is going in the right direction. Other than that, largely keeping it the same, don’t want to change too much because it obviously worked well last year.

What are you most looking forward to about next year?
Really looking forward to competing at the Commonwealth Games. It will be my first chance to represent Wales at triathlon, as well as my first major International Games, so that should be really exciting.

You’ve flirted around with the idea of running as well as doing triathlon at Commonwealth Games. Is that still a possibility?
Yes, it’s definitely a possibility. We have sort of liked at the time table and looked at how we can feasibly fit training for a track event in with training for triathlon. Triathlon would still be the main priority, but I would I love to step into that Commonwealth Games stadium to compete in front of that crowd.

If you weren’t doing triathlon right now, what would you be doing?
That’s really difficult because my life has always sort of revolved around sport. My degree was to do with sport and I can’t really imagine what else I would be doing really.

What are your goals for the future?
I guess in terms of triathlon, I’d love to be on the start line in Rio. Just to make the GB team is an accomplishment in itself. After Commonwealth this year my training will begin towards just getting on that start line really.