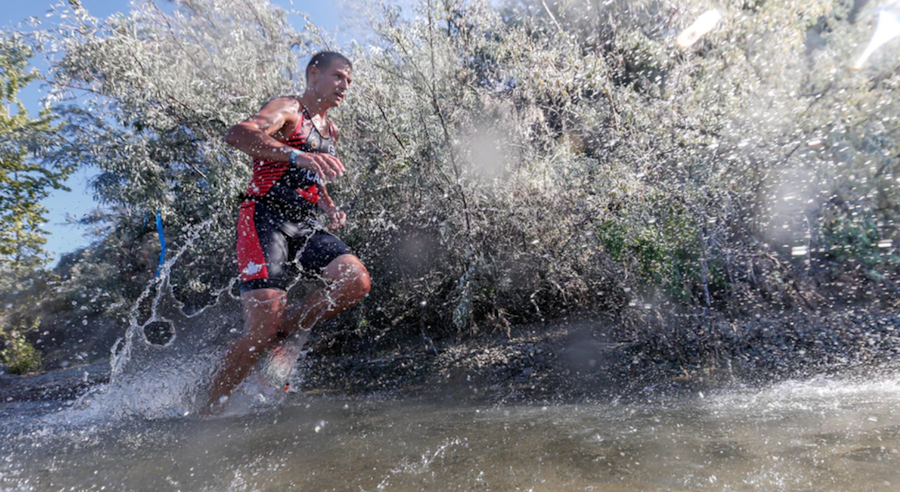 As the Spanish town of Pontevedra gears up to host the third edition of the ITU Multisport World Championships from 26 April-4 May, some 4,000 athletes of all ages and levels are also putting into practice their final training schedules and planning. Over the week of racing, World Champions will be crowned in five events; aquathlon, aquabike, cross triathlon, duathlon, and long-distance triathlon, with the Elite, U23, Junior, Paratriathlon and Age-Group athletes all in action.

Among the most recognisable names taking part will be the imposing figure of five-time ITU World Champion Javier Gomez, ready to continue his journey back to ITU racing on a quest for long-distance triathlon gold in his home town. In the aquathlon, Hungary’s Zsanett Bragmayer and 2018 World Champion Emmanuel Lejeune head strong women’s and men’s fields respectively, with Asics World Triathlon Team member Domen Dornik - 6th in 2018 - also set to feature.

Austria’s Sandrina Illes will defend the duathlon world title she earned in Fyn, with France’s Yohan Le Berre and Britain’s Mark Buckingham looking to better their silver and bronze medals on the island, while Ruben Ruzafa will look to repeat his domination of the cross triathlon 12 months ago in front of his home fans.

The Galician town of Pontevedra brings with it another postcard-perfect setting for the kind of intense, gruelling racing that we have come to expect from these Multisport World Championships. Two years ago, some 400km east of Vancouver, Penticton provided an inspiring British-Columbian backdrop for the event’s debut. It was there that Canada’s own Matthew Sharpe, now a WTS and Mixed Relay regular, landed his first major international title by becoming Aquathlon World Champion.

There, too, the tone for future festivals was set, with the Opening Ceremony and Parade of Nations helping to imbue a real sense of occasion in what was a first for the world of multisports to have so many World titles on the line at one event. The parallel cultural shows that were so popular in Canada and again in Denmark will also be a focal point in Pontevedra, bringing together athletes, families and sports fans in a true celebration.

The baton was then handed to Fyn for the 2018 World Championships where, 175km west of the Danish capital Copenhagen and a region steeped in history as well as beautiful scenery, the action was spread between three main cities. That meant a full-on multisports takeover of the country’s third-largest island for ten memorable days, where another of the ASICS World Triathlon Team found success as Iceland’s Edda Hannesdottir took the title of World Aquathlon Champion.

Don’t forget you can follow all of the action from every race in Pontevedra live via TriathlonLIVE.tv
For the full set of start lists in Pontevedra, click here