The second Discovery World Triathlon Cape Town to be hosted in Cape Town on 25 and 26 April will be the first major international event to make use of the brand new Green Point Athletics Stadium. The new route will take participants from the V&A Waterfront through the beautiful streets of Cape Town, to the finish at the new stadium. The event, one of a series of ten across the globe, will see locals either watch 130 elite triathletes from 80 countries compete with Table Mountain as the backdrop or participate themselves. The elite races will be broadcast in 160 countries. 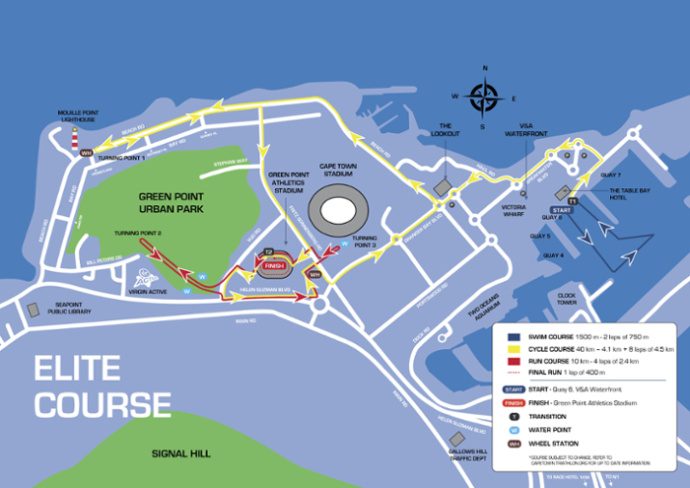 The Discovery World Triathlon Cape Town will start with a swim in the V&A Waterfront’s Quay 6, with seals enjoying the action. Elite triathletes will head out for the 1 500 m swim (consisting of two laps of 750m) in an anti-clockwise direction. The Sprint swim of 500m will take place within Quay 6 whilst the Olympic distance event participants will venture into Quay 7 to complete one lap of 750m.

A quick peddle through the streets of one of the most beautiful cities in the world, the cycle will start in the V&A Waterfront precinct and then head out onto Beach Road towards the turning point at the iconic Mouille Point lighthouse. The elites will then head into the Green Point precinct on Fritz Sonnenberg, passing Cape Town Stadium before entering the Green Point Athletics Stadium where they will pass, during each lap, the grandstands packed with spectators. The 20km cycle will be followed by a 10km run through the Green Point Urban Park, with the final 400m taking place on the blue tarmac of the new Green Point Athletics Stadium.

Age groupers will have the option to do either a Sprint or Olympic distance, with the Sprint swim consisting of a 500m lap in Quay 6, and the Olympic swim of two 750m laps spanning both Quays 6 and 7. Age groupers will also enjoy more of the scenic Green Point precinct, with their cycle turning point being at the Sea Point swimming pools and their run including a stretch of the Cape Town Stadium’s Fan Walk before finishing in the same finishing straight as the Elite athletes in the stadium, in front of their fans and family. This year the race will feature draft legal cycle and a second age group transition zone at the Green Point Athletics Stadium. 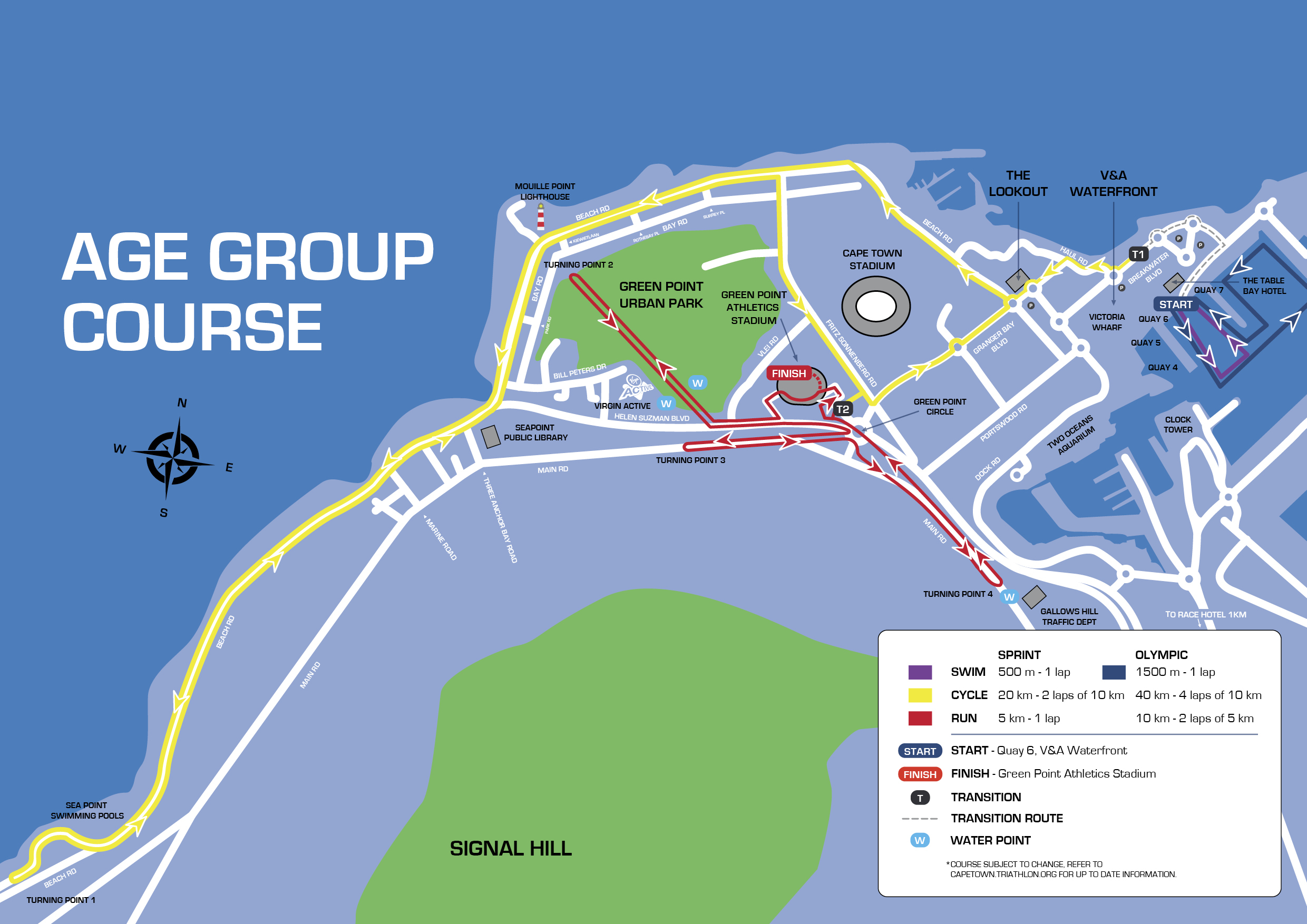 Says Bruce Parker-Forsyth, CEO of WORLDSPORT, delivery partner of this major event to both Abu Dhabi and Cape Town:  “We’re thrilled to be first in making use of the impressive new Green Point Athletics Stadium. Sport and recreation has always played a fundamental role in our community and the new stadium consolidates the Green Point Urban Park. The new finish offers many benefits including more space and parking, as well as an improved layout. We look forward to again hosting a world-class event where ordinary athletes can compete on the same ‘stage’ and race route as top international athletes, with the support of their family and friends in the new stadium.”

In addition to the competitions, athletes will be treated to a weekend full of festivities. Register online today at capetown.triathlon.org.

Triathlon is for everyone, we dare you to tri!