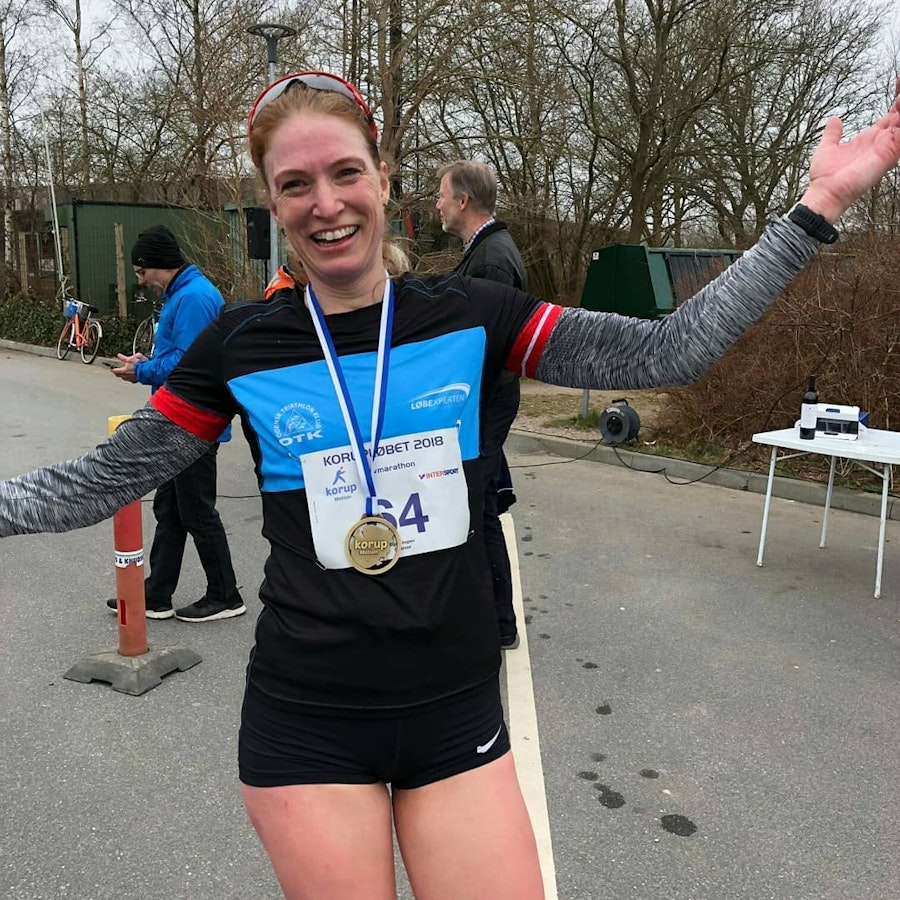 Signe Inglev was born in Odense, Denmark, grew up exactly where the 2018 FYNSKE BANK Multisport World Championships Fyn will be staged this week and still calls it home today.
Inglev, devoted mother of four, claims triathlon to be her hobby and acknowledges the schedule that the household maintains to accommodate all commitments including her own triathlon training mixed with balance.

“It makes it a lot easier to plan our activities together, so everybody knows who does what and when. They are all very good at taking responsibility for one and another so even the dog survives!”
The goal for the Danish age group triathlete, leading into the FYNSKE BANK Multisport World Championships Fyn, is to be a finisher.

Without doubt the enthusiastic local triathlete, representing Denmark, will be boosted along by the beautiful surrounds coupled with the strong home crowd support, including many members of her triathlon club who will be out cheering on the world.

“Funen is a wonderful area. The run course will keep the athletes close to the city centre making it easy to feel the cheering Danish crowds. So I wish for a week of perfect triathlon weather so all the Danes will get out and cheer all athletes to the finish line.

“I hope for my club mates to be in place on course! Some running with me, some cheering from the side - to get me all the way to the finish line,” said Inglev.

Inglev passionately talks about how she is inspired by being in the sport of triathlon with so many friends who constantly challenge themselves.“I think the ones who inspire me the most are the ones who keep the smile on their face, a true smile, while chasing their next goal. Triathlon has it all! It’s a lot more than just competing, it’s about having fun while training and being with friends who share the same passion.”

Inglev was among the local triathlon community who recently had the privilege to test out the race courses and the overall feedback was exceptional with athletes in awe of the scenic routes.
“Everybody in the group had a great time, some were actually very new on road bikes and managed the course well. After getting out of the city there will be a part on a major road. Straight. I think we’ll see some good speed here!”

“I hope all the smaller cities that the athletes pass through will decorate their main streets with the Danish flag as a welcome!”

The local community, organisers and many stakeholders, including Inglev, are ready to welcome the world-class competition to Odense and surrounds, this week, for the greatly anticipated multisport festival!

Each event is made up of various categories including Elite, U23, Junior, Paratriathlon, Age Group as well as an Open Wave.

Course maps can be found online