World Paratriathlon Series heads to Montreal for third stop of 2019 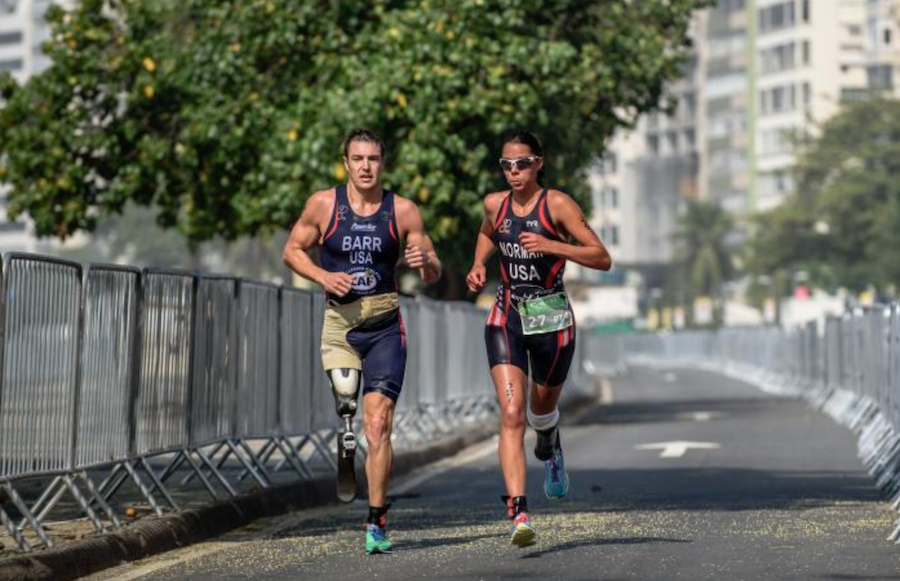 The 2019 Groupe Copley World Paratriathlon Series Montreal gets underway on Friday morning as the best in the world once again go head-to-head on a new-look course in Quebec Province’s largest city.

This year will see the athletes take to the Bassin Olympique for the 750m swim before transitioning out and onto five laps of the Gilles-Villeneuve race track, home of the F1 Grand Prix. The race concludes with one lap of the lake, giving the athletes an iconic setting on which to do battle for the first qualification points for the Tokyo 2020 Paralympic Games. As ever, you can watch the action as it happens on TriathlonLIVE.tv

PTWC
The familiar faces of Netherlands’ Geert Schipper and Jetze Plat will lead the line in the men’s PTWC category, with Britain’s Joe Townsend and Giovanni Achenza of Italy looking to break the Dutch duo’s hegemony in recent times. The experienced Italian finished second in Yokohama and third in Milan this year, but will need something special to outdo his rivals. In the women’s race, Australia’s Emily Tapp and Lauren Parker will vie for the gold along with Japan’s Wakako Tsuchida, while Spain’s Eva Maria Pedrero will surely challenge after her gold in Milan back in April.

PTS2
Frenchman Jules Ribstein has a WPS gold under his belt already this year, while Maurits Morsink narrowly missed out on the podium in Italy. Allan Armstrong of the USA was the highest placed athlete from the last race in Yokohama of those on the start list, whie in the women’s race, four of the top five from Japan will go again in search of gold. Allysa Seely won, Fran Brown edging Liisa Lilja to the second spot, but it is the American who continues to be the one to beat.

PTS3
Russia’s Anna Plotnikova goes out in the women’s PTS3 and with no Victor Chebotarev on the start line, Daniel Molina (ESP) will be the favourite to take the tape in the men’s race and continue an unbeaten streak that goes back as far as May 2017, French champion Michael Herter and Nico Van Der Burgt the men tasked with trying to halt his charge.

PTS4
Kelly Elmlinger (USA) beat Japan’s Mami Tani to the gold in Yokohama and both will go up against Sally Pilbeam (AUS) - third in WPS Milan – and Hannah Moore (GBR) in the women’s PTS4. A ten-strong field in the men’s race will see Alexis Haninquant again the man to beat, with the last man to do so, Mikhail Kolmakov (RUS) and China’s Jiachao Wang among the names hoping to conquer the flying Frenchman in Montreal.

PTS5
Canada’s own Stefan Daniel won in Yokohama in May and the current World Champion will need to be on top of his game with the likes of George Peasgood (GBR) and Martin Schulz (GER) ready to take advantage of any error. Peasgood’s compatriot Lauren Steadman makes her first WPS start of the year after winning Gold Coast gold last September, USA’s Grace Norman likely to once again be among the names challenging for the women’s PTS5 podium places.

PTVI
In the visually impaired racing, Spain’s Susanna Rodriguez once more heads to the start line with gold on her mind, the current World Champion and winner in Yokohama was edged into second place in Milan by Alison Peasgood, and the Brit will be ready for another dramatic battle with her rival, Canada’s Jessica Tuomela equally eager to give the crowds plenty to cheer. Dave Ellis (GBR) will face a confident Jose Luis Serrano (ESP) after his victory in Yokohama, Jonathan Goerlach also part of a talented, seven-deep start list.