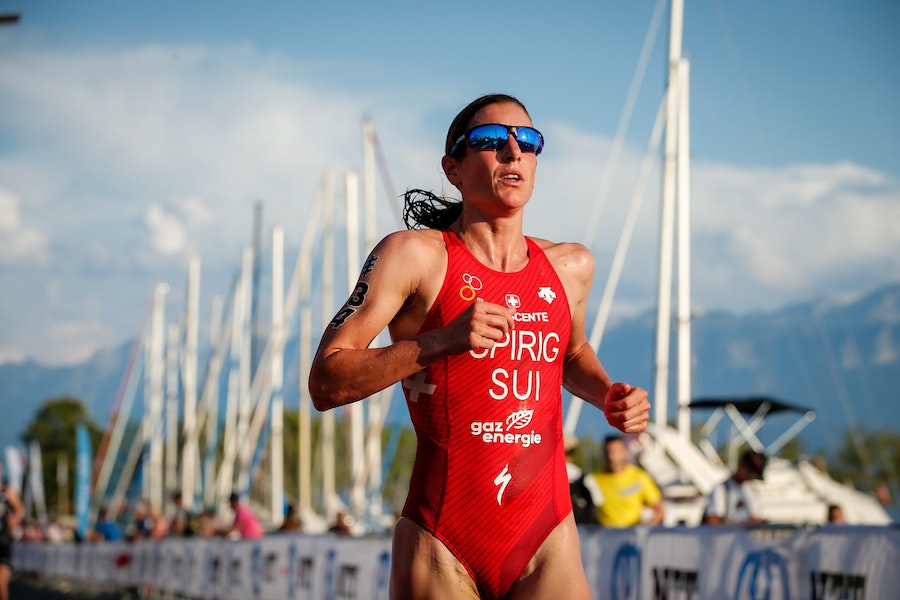 In the week that the Tokyo 2020 Olympic Games was due to crown not just the next Men’s and Women’s Olympic Champions but also award the first ever Mixed Team Relay medals, the World Triathlon podcast welcomed London 2012 champion Nicola Spirig to discuss her own experiences of the world’s biggest sports event and the impact of the postponement on her preparations.

Gunning for an unprecedented fifth Olympic appearance in Tokyo, Spirig’s breathtaking sprint finish against Lisa Norden in 2012 is still one of the most exciting moments in the history of the sport. The photo-finish showed victory by the finest of margins, making her only the fourth Swiss woman ever to win an Olympic gold. As she reveals in the interview, whatever her mum may think, it was certainly not down to luck.

“You always need some luck in a race, but I do think I was so aware of the situation. There was a screen at the finish line for the guests and I was watching Lisa coming closer behind me and I knew that these were the seconds after four years of preparation that could be the difference between first and second. I just knew I had to get to the finish line somehow first.”

That she did, fulfilling a burning ambition of an Olympic medal at the third attempt. Athens 2004 and Beijing 2008 had left a huge impression on Spirig, but the way that people reacted to her win served to emphasise just what a unifying sporting moment it was.

“People were coming up to me afterwards not asking how I felt but telling how they were feeling and how they lived it and saw the sprint. There was so much emotion from their side as well, and that made me realise how much it does inspire people too and part of why I initiated the kids races and the foundation.”

You can listen to the full interview on Apple, Spotify and Google, and hear Nicola talk more about that race, how much she savoured her battle with Gwen Jorgensen in Rio four years later and the joy of having her family there to see her win silver, as well as looking ahead to the prospect of that fifth Olympic appearance ahead in Tokyo.