Paratriathlon on the world stage as series opens in Australia 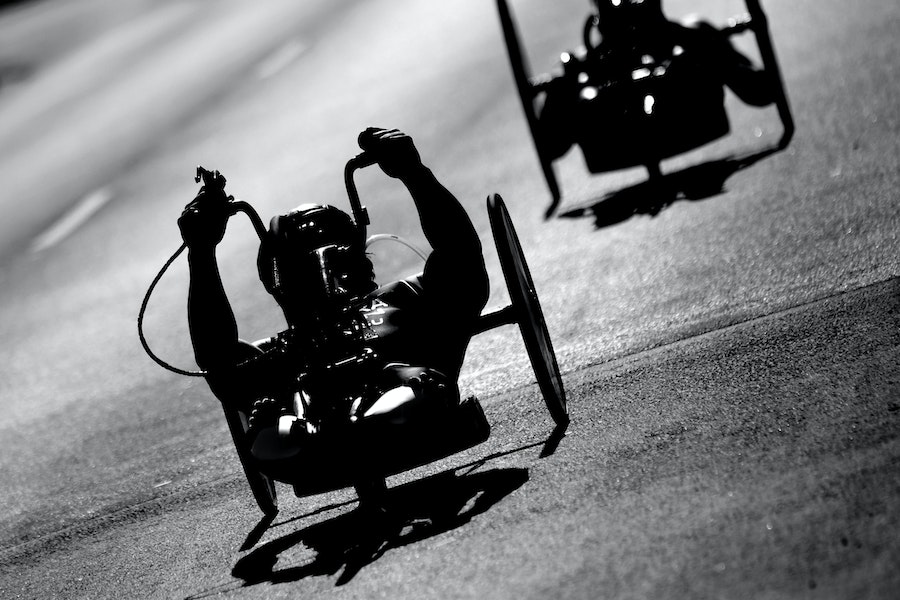 The 2020 ITU World Paratriathlon Series got underway in Devonport, Australia, as 70 paratriathletes from 26 countries lined up to resume Paralympic campaigns and aim for success on the World Paratriathlon stage.
The coastal course, in the north of Tasmania, consisted of a 750m swim, six-lap bike and two-lap run. Course conditions were picture perfect despite the wind picking up in the afternoon as racing got started.

The World Paratriathlon Series race in Devonport, which falls within the International Triathlon Union’s Paralympic qualification period, gave athletes a valuable opportunity to earn points toward their Paralympic rankings on the road to the Paralympic Games Tokyo 2020.

Race reports: men
The PTWC paratriathletes were the last class to head out on course, for the final events of the day. Both fields were stacked with world class competition and experience leading into a Paralympic year. In the men’s field Japan’s Jumpei Kimura clocked the fastest swim of the day followed out by Australia’s Nic Beveridge. It wasn’t long before Austria’s Florian Brungraber showed off his strength on the bike by taking control of the race. Brungraber produced a striking final transition to dominate the run and claim the gold medal in the men’s PTWC race. Kimura earned the silver medal and Beveridge, who showed off fine form, crossed the finish line to be presented with the bronze WPS medal.

In the vision impaired race Australia’s Jonathan Goerlach continued his magnificent form from 2019 by claiming the title in the men’s race. The Australian, with professional triathlete Sam Douglas as his guide, clocked an impressive bike split in challenging conditions to set up for a blistering run. Serbia’s Lazar Filipovic came across the line to earn the silver medal with Frenchman Arnaud Grandjean in bronze.

“Challenging conditions today, the surf was really, really choppy but we managed to come out pretty close to the guys we needed to. We had a ripping bike, we just motored on down really quickly and solid throughout to set ourselves up for the run. It was very challenging. The French boys are very fast and they kept us honest the whole way hence why I’m stuffed.

“I think we’ve pretty well cemented a spot so I think we just needed to get on the podium today to cement that spot, we’ve had a few good results already in the last six months so I think that pretty much guarantees it now, or gets a slot for the nation. I think we can now focus on Tokyo and just prepare for that one race,” Goerlach said.

In the PTS2 class Frenchman Jules Ribstein continued his winning streak of 2019, that began with victory in WPS Milan and ended with the World and European titles, with a remarkable performance to dominate and win today’s race. Russia’s Vasili Egorov and Mikhail Astashov finished in second and third place respectively. Russia was on top of the podium again in the PTS3 and PTS4 categories with Victor Chebotarev and Mikhail Kolmakov earning gold medals. Antonio Franko from Croatia crossed the line in second position and Japan’s Hikeki Uda claimed the bronze medal in the PTS4 men’s race.

“I found the race very hard, I’m pretty good on the bike so it was ok with my today with the wind but today I battled for the PTS4 category and it was very hard.”

“I will do all my best to qualify for Tokyo,” said Ribstein.

Guenther Matzinger from Austria, was fifth position out of the 750m choppy swim and maintained position on the bike, ran his way in to victory in the men’s PTS5 race. David Bryant, buoyed on by home support, finished the day with the silver medal and Yannick Bourseaux from France, who clocked the fasted bike of the day in this class, took home the bronze.

“This is my first win on the World Paratriathlon circuit so I’m very happy with how it turned out,” said Matzinger.

Race reports: women
The PTWC women’s was headlined with the talent of 2019 ITU World Paratriathlon Champion Lauren Parker from Australia. Parker is showing no signs of backing down from her untouchable 2019 world-title win as she dominated the women’s race today, showing off world class form, to win in Devonport.

Australia’s Emily Tapp showed off fine form to finish in second position behind Parker and an elated Margaret Ijdema from the Netherlands earned the bronze medal.

With the female PTWC class making its Paralympic debut in Tokyo Parker has her sights set on paratriathlon’s biggest stage as she heads into the 2020 season.

“The goal is a gold medal in Tokyo and I am on track,” said Parker.

In the vision impaired race Anna Barbaro from Italy won the race in a winning time of 1hour22seconds. Barbaro was incredibly emotional with today’s confidence boosting win in a Paralympic year.

“We’re really happy for this race, our first win in WPS! I am very happy, I think all the Italian team is very happy, so we’ll see in Tokyo,” said Barbaro.

In the PTS2 women’s race Japan’s Yukako Hata was the one to watch as she claimed victory. USA’s Melissa Stockwell, who claimed three Paratriathlon World Cup golds in 2019 didn’t quite have the power to catch Hata but was thrilled with the silver medal. Spain’s Rakel Mateo Uriate capped the podium in third place. Russia’s Anna Plotnikova dominated the S3 class and was awarded the gold medal.

Germany’s Elke Van Engelen was behind in the swim however with a powerful bike and run leg was able to successfully earn the WTS gold medal. Japan’s Mami Tani did her best to chase down Van Engelen but didn’t quite have the speed on the run and finished in second position. Sally Pilbean, who earned the silver medal in the 2019 Devonport ITU Paratriathlon World Cup, was the third female to cross the finish line in the S4 class.

Australia’s Kate Doughty was running her own race to storm home to victory in the S5 class. Ukraine’s Alisa Kolpakchy gave her best performance to finish in second place and Petra Lovay from Hungary was awarded the bronze medal.

“To be honest, I think that’s one of the toughest courses I’ve ever raced on. It’s always great to come to Devonport but it’s always a bit of an unknown of what the conditions are going to be so it was quite testing out on the bike, really just holding it there.”

“On the run, I just really had to stay in the moment and get through it. I think it was probably one of my best runs to date and that’s what I came here for,” said Doughty.

With the paratriathlon events of the Tokyo 2020 Paralympic Games taking place across two days at the end of August, 2020 looks set to be another unmissable season. Follow all the action on TriathlonLIVE.tv