Oceania Triathlon are pleased to announce that Stephen Damien has been selected as the Technical Delegate for the Triathlon events at the 2022 Mini Pacific Games held in the Northern Marianas.
Stephen hails from PNG and prior to being an official, hosted annual swim, cycle, and run events for several years in PNG as a form of community development and promoting a healthy active lifestyle. With the events attracting participants from all over PNG, this then led to hosting triathlon disciplines (Sprint and Standard) and subsequently PNG affiliating with World Triathlon/Oceania Triathlon, with the first PNG athlete competing in the 2011 Pacific Games in Noumea, New Caledonia.

Since then, he’s enjoyed officiating at a wide variety of events. Stephen shares… “I find the highlight of these events is travelling to new and different places, building a network of colleagues in Triathlon, and meeting up with fellow officials. There's the added challenge of trouble shooting in the current unique environment across many cultures. Each event in each country has its own issues, and I’ve found great satisfaction working with other TO’s (technical officials) to solve these complex issues.”

His role in the lead up to the 2022 Mini Pacific Games will consist of meeting with the LOC; deciding on the location of the race; the logistics around planning for this event (which includes assisting LOC and Games Authority to obtain necessary equipment); creating the athletes race guide; train volunteers and technical officials; set a date for the test event; issue water quality reports, medical operation plans etc.

Stephen’s ongoing goal is to train and develop more officials from other Pacific Island nations and share his experience and knowledge with the LOC. “I’m grateful to Oceania Triathlon for this appointment and look forward to working with CNMI Triathlon to hosting a great event at the 2022 Mini Pacific Games.  I’ve already been in touch with the LOC and slowly working together to tick off our checklist leading up to race day.”

Since migrating to Australia in 2019, Stephen continues to gain senior officiating experience at Queensland events, whilst assisting to develop officials in the Far North region of Cairns. Oceania Triathlon looks forward to seeing Stephen shine in this TD role next year and assisting him to develop officials across the Oceania region.

Check out his impressive officiating record below: 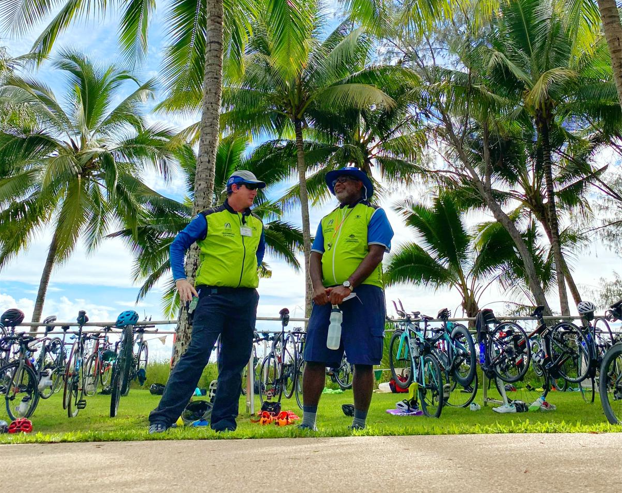