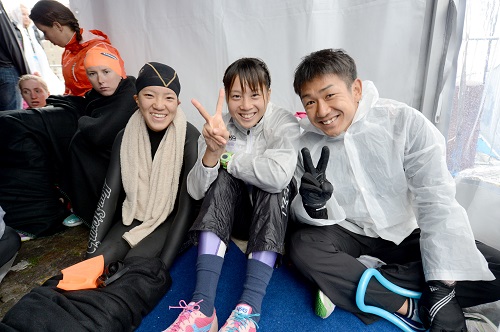 The race for a chance to compete at the 2013 ITU Triathlon Mixed Relay World Championships heated up as China and Japan recently became the latest teams to qualify for the event with their top finishes at the ASTC Triathlon Asian Championships in Subic Bay.

“Mixed Relay is an incredibly exciting event that athletes and spectators both rally around,” said ITU President and IOC Member Marisol Casado. “Its dynamic nature and unpredictable lead changes combined with the team camaraderie make the electric race entertaining to watch both in person and on TV.”

The berth is the first for China, while Japan garnered its third trip to the championship event, which follows a woman-man-woman-man super sprint format that sees each athlete swim, bike, and run.

The top two teams from each Continental Championships automatically earn their National Federations a spot at the World Championships, which will be held on 21 July in Hamburg, Germany alongside the World Triathlon Series race.

In addition to qualifying at the continental races, the fastest six teams at the 2012 World Championships already qualified for slots in this year’s race. In addition, the host country is granted one spot, while another three teams will be extended invitations for the mixed gender relay race championships. 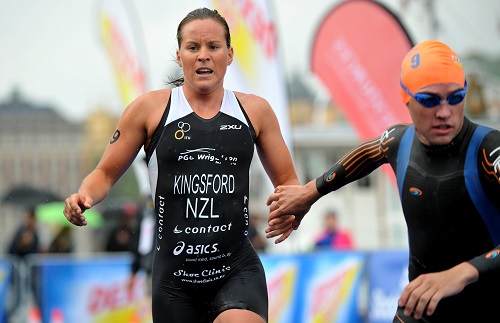 New Zealand and Australia earlier this year ensured their appearances in Hamburg with first and second place finishes, respectively, at the Mixed Relay Oceania Championships in Kinloch. Great Britain, France, Russia, Germany, Switzerland, Spain, and Italy each qualified last year as the top teams from the 2012 World Championships. Additional teams selected from continental races in Europe, Africa and the Americas have yet to be contested.

“It’s a very exciting event to take part of,” Olympic bronze medallist Jonathan Brownlee said after assisting his team to a second World Championship title last year. “It would be great if we could get into the Olympics as well. It is very exciting, it changes so much throughout the whole race and it’s good to watch.”