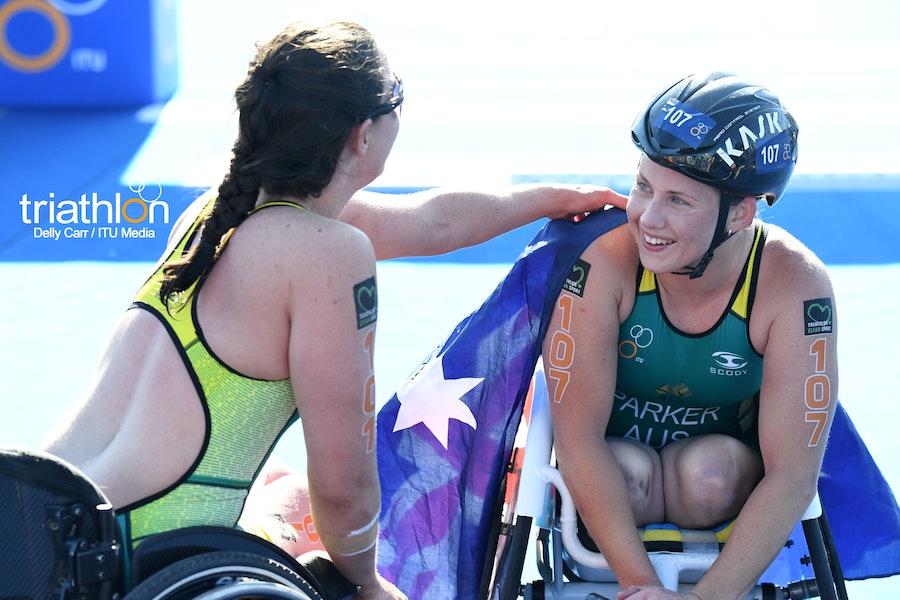 With the dream of one day winning the Ironman World Championships in Kona, Aussie Lauren Parker was badly injured in a bike crash that left her paralyzed from the waist down. However, despite her circumstances and the newly claimed life that introduced her to a world in a wheelchair, Parker has reentered triathlon as an elite Paratriathlete who earned the bronze medal at the 2018 Commonwealth Games and the 2018 Paratriathlon World Championships in Gold Coast.

In early April of 2017, Australian triathlete Lauren Parker felt at the peak of her career. After finishing second in the 2015 Ironman World Championships in Kona, the 28-year-old triathlete was training for 35 hours a week with a goal on her mind: a podium at the Ironman Australia Triathlon in Port Macquarie. On an early morning ride a week before the race, she crashed into a guardrail while travelling about 45km/h, suffering broken ribs, a punctured lung, a broken scapula, broken back and a broken pelvis, all causing her to lose any feeling from the waist down.

Doctors gave her only a one percent chance of walking again, which meant that Parker had to adapt to her new circumstances of life in a wheelchair, one journey that has not always been easy or enjoyable. But despite all of that, Parker was determined to continue in the sport she loved. Just nine months after her accident, she competed and podiumed in the 2018 St. Kilda OUT Paratriathlon Oceania Championships, which qualified her to represent Team Australia at the 2018 Commonwealth Games. Competing in the PTWC sport class in paratriathlon, she then went and claimed the bronze medal at the Commonwealth Games. But the success did not stop there, she also finished third overall in the ITU Paratriathlon World Championships in Gold Coast, proving that determination trumps circumstances always and inspiration can come from anyone’s story.