Ribstein, Steadman, Molina and Rodriguez among winners in Alhandra 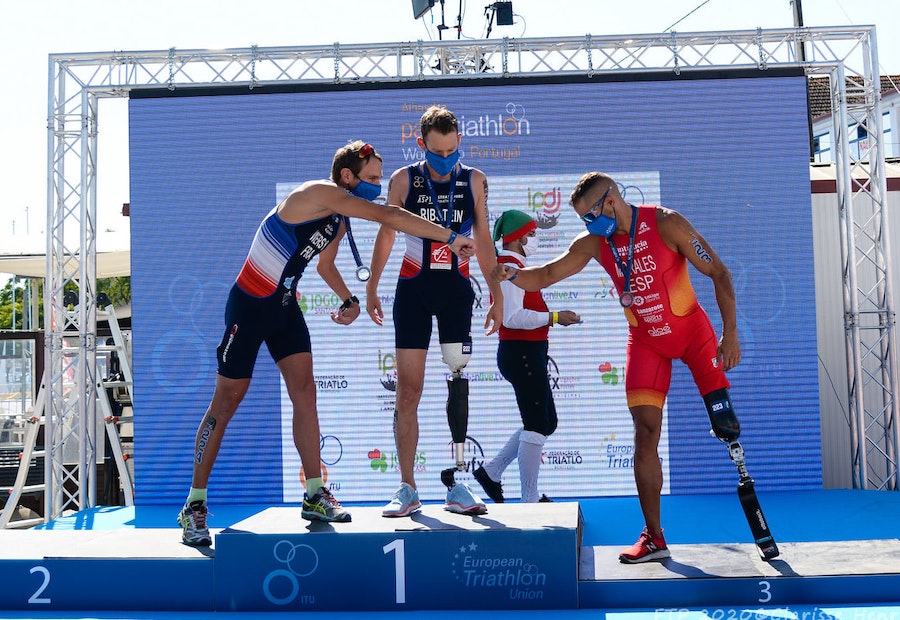 Para triathlon World Cup racing finally returned for the first time since Devonport back in February, with Alhandra in Portugal the venue for some of the best in the world to make their long-awaited return to the blue carpet.

The downtown Alhandra venue 25km north of Lisbon saw a 750m swim in the Tagus River, before the three-lap, 20km bike and a straight 5km run along the riverbank to the finish.

It was the men’s PTS5 athletes who got things started, Filipe Marques (POR) delivering the fastest swim only for Yannick Borseaux (FRA) to dominate the bike course, but it was the consistency of Spaniard Jairo Ruiz Lopez that brought home the gold by 30 seconds from Brazil’s Ronan Cordeiro.

The visually impaired races saw a Spanish double gold from the familiar faces of Susana Rodriguez B2 and Hector Catala Laparra B2. Rodriguez had Ukrainian Vita Oleksiuk B2 for close company out of the water but pulled away on the bike and run, Meriam Amara B1 of France with bronze. It was another imperious display from Catala, too, untouchable across all three segments to finish ahead of compatriot Jose Luis Garcia Serrano B1 and Antoine Perel B1.

Alexis Hanquinquant was in dominant form in the men’s PTS4 to beat Japan’s Hideki Uda by over four minutes, Jussi Lotvonen of Finland with the bronze. A Spanish one-two in the women’s race saw Marta Frances Gomezfinish ahead of Carmen Gonzalez Sanchez.

A lightening swim from Lauren Steadman then set the tone for the Brit to take the PTS5 gold by three minutes from Alisa Kolpachy (UKR) and Marta Dziecitkowska (POL).