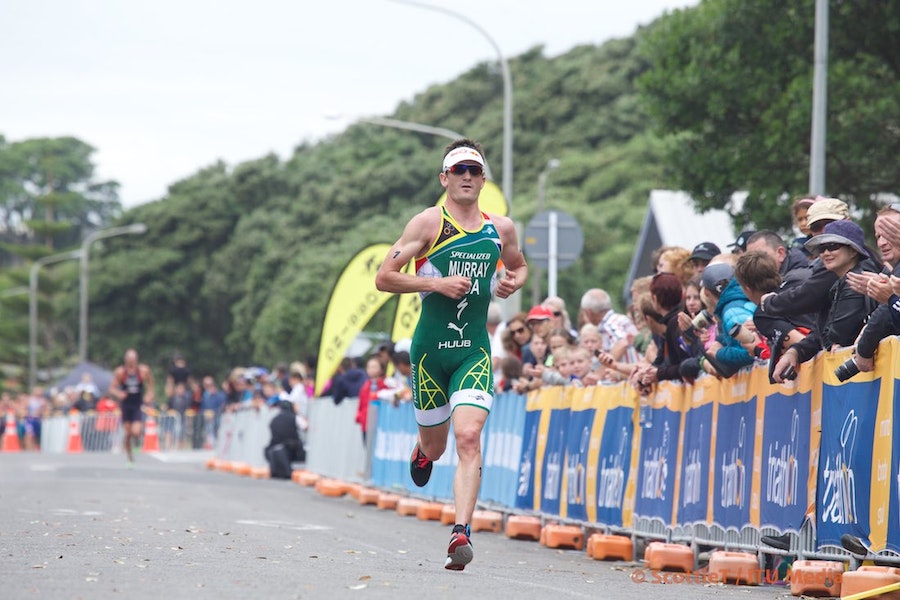 South African triathlete Richard Murray is on course for Rio 2016, but before he lands in Brazil there’s ITU World Cups, the ITU World Triathlon Series and the Discovery World Triathlon Cape Town to contend with. This weekend, he’ll continue his preparation for Rio by honing his speed in a sprint race at the New Plymouth World Cup.

Richard Murray is a man on a mission. He’s painted a target on the 2016 Olympics, but he’s also set his sights on some very specific goals. He’s aiming for gold in Rio, targeting the XTERRA World Championship in Maui later this year and determined to become a triple triathlon world champion by 2020. At just 24 he’s already been a junior South African MTB champion, a world junior duathlon champion and, at London 2012, became the highest finishing South African triathlete at an Olympic Games. Murray wants more, though. Much more.

With his current participation in the ITU World Triathlon Series, and Rio around the corner, he’s working up a sweat to achieve his goals.

Races in Abu Dhabi, New Plymouth (New Zealand) and Gold Coast (Australia), as well as the upcoming Discovery World Triathlon Cape Town, form the early part of Murray’s season and should provide the perfect set-up for a serious Olympic challenge.

Murray feels that his form and planning have come a long way since the end of 2015. “We have planned the season wisely,” says Murray. “With two training blocks - one leading up to the Discovery World Triathlon Cape Town - and then another block leading up to Rio, I feel positive about my year ahead.”

Hailing from South Africa, Murray will no doubt focus his attention on his home country’s WTS race. The Discovery World Triathlon Cape Town has become one of the highlights on the ITU World Triathlon Series calendar, and spectators this year should be in for a treat as the world’s finest triathletes finesse their skills ahead of the Olympics.

The Cape Town event is not just for professionals, though. Outdoor enthusiasts and newbies alike are encouraged to take part and experience what should be a fun-filled weekend festival of multisport on 23 and 24 April. Not only can interested fitness fanatics choose from a solo or team triathlon event, but also the Discovery Duathlon Cape Town. With triathlon participation on the rise around the world, the Discovery Duathlon Cape Town is an ideal entry point into the sport.

“I believe that triathlon has really grown in the past few years,” says Murray. “People are keen for a healthy lifestyle and the challenge that the sport brings is what I think has driven its promotion and growth. The end goal of ITU World Triathlon Championships in Mexico or qualifying for the IRONMAN World Championship in Kona, Hawaii has also brought many people to triathlon.”

As you would imagine, Murray is incredibly enthusiastic about his chosen profession. But he also believes the sport has much to offer those who are on the fence regarding participation. “The different disciplines offer so much, plus there is the ability to do everything. For me, I love to be able to mix things up on the mountain bike, road bike, trail runs, open water swimming - it’s really a sport which is unlike most others, and anyone can do it!”

As for Murray’s own ambitions, he’s been working hard alongside his coach Joel Filliol and is determined to grab a podium on home soil. “It’s been one that’s been eluding me for some time,” says Murray. “I want a podium and will get one this year! But let’s cross fingers too.”